Today, 19 May, marks 482 years since Anne Boleyn, second wife of King Henry VIII, was beheaded at Tower Green (at the Tower of London) around noon. As today also marks the day of the royal wedding of Prince Harry and Meghan Markle, this post is being scheduled before the wedding ceremony takes place at 12pm BST (and before guests turn up around 9am). I had already planned to blog on Hever Castle on 19 May when I visited Hever in August 2017 and was surprised the royal couple chose the 19th of all days! Those planning to visit Hever Castle today will be able to watch the wedding and celebrate the “happier times” in Anne Boleyn’s life. 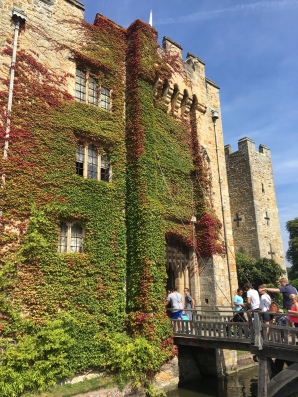 Hever Castle in Kent was the childhood home of Anne Boleyn. It had been in the Boleyn family since Anne’s great-grandfather, Geoffrey Bullen, acquired it in 1462. Hever Castle had been in the hands of many families before the Boleyns moved in. The last family was the Fiennes; Sir Roger Fiennes had built Herstmonceux Castle (which I plan to blog on later this month) in 1441 and his nephew, William, later preferred Herstmonceux over Hever. Although we do not know Anne’s birthday or the year of her birth (possibly 1500 or 1501 or even later), we know that her family moved into Hever Castle around 1505 when her father inherited it from her grandfather. After spending the rest of her childhood and adulthood in Burgundy and France from 1513-22, Anne returned to England to serve in Catherine of Aragon’s household. Anne was banished to Hever Castle in 1523. It was at Hever Castle where she received Henry VIII’s love letters and even the king himself during their courtship. The new permanent exhibition in the Long Gallery shows the life of Anne Boleyn from childhood to adulthood in wax figures.

Young Anne Boleyn with her governess 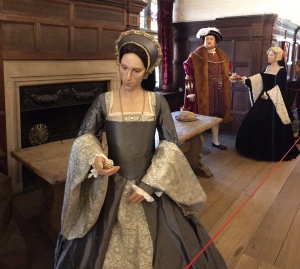 King Henry VIII’s eyes wander to Anne Boleyn though he is with her sister, Mary.

The moated Hever Castle we see today is a mélange of architectural styles from the 12th-20th Centuries. Much of the restoration and Tudor-inspired Edwardian additions are thanks to one of Hever Castle’s owners, William Waldorf Astor, who bought the castle in 1903. As I am only focusing on Anne Boleyn for this post, the photos below are focused on what would have been around during her time, including objects related to her.

One of the oldest working portcullises in England. 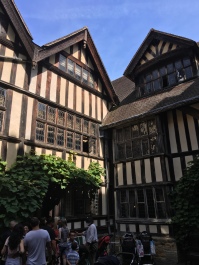 The Entrance Hall added around 1506 by Thomas Boleyn

Bust of young Anne in her bedroom

Anne’s bedroom, or at least traditionally thought to be her bedroom.

Example of a coif

Combined coat of arms of Henry VIII and Anne Boleyn

Handwritten and illuminated in Bruges between 1410-50. Anne’s written: “Le temps viendra”, which means the time will come.

Printed in Paris c. 1528. Anne Boleyn has written: “Remember me when you do pray that hope doth lead from day to day.”

I enjoyed imagining where Anne Boleyn could have walked at Hever Castle and I’m thankful that the castle still stands today (thank you Mr Astor!). 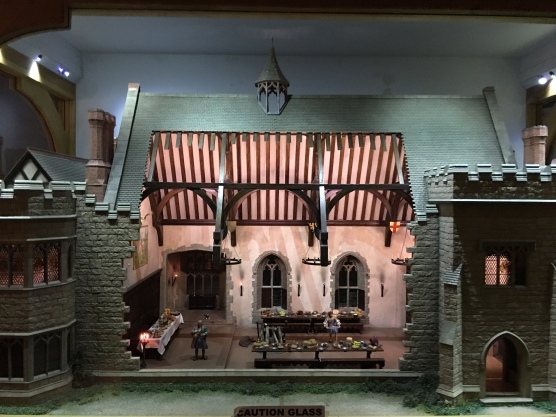 Hever Church, built in the 13th Century, where Sir Thomas Bullen’s tomb is.

Directions from London (for those without a car) to Hever Castle:

Take the train from London Victoria or London Bridge to Edenbridge Town Station or to Hever Station via Oxted or East Croydon. If you get off at Edenbridge, you can take a taxi for three miles. Otherwise, it’s a mile-long walk to the castle so you’ll need a map and you’ll need to keep your eyes peeled for cars!