Three Hazelnuts for Cinderella, also known as Three Wishes for Cinderella or Three Gifts for Cinderella . Does the title sound familiar to you? It is the direct translation of the German title of the Czech – East German cult movie, Tři oříšky pro Popelku / Drei Haselnüsse für Aschenbrödel (1973). The Bohemian variation of the Cinderella story is a holiday classic in the Czech Republic, Germany, Slovakia, etc.

Eight years ago, I visited Schloss Moritzburg, the film location of the castle where Popelka attends the ball. I had not watched the film at the time so I did not recognise it until after my list to Saxony. Schloss Moritzburg stands on an artificial island just northwest of Dresden, Saxony, Germany. This Baroque palace was an extension and remodelling of Moritz, Duke of Saxony’s former hunting lodge built from 1542-46. The last resident in this palace was Prince Ernst Heinrich of Saxony, who lived there from 1933-45. 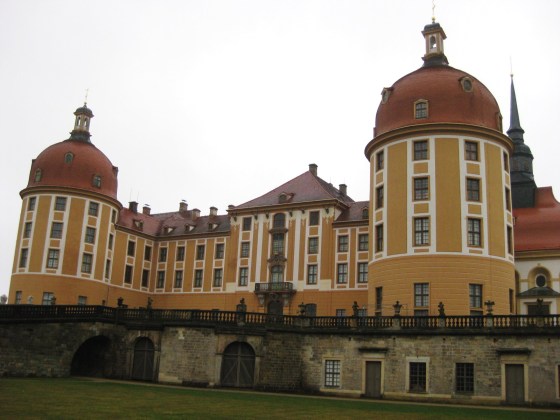 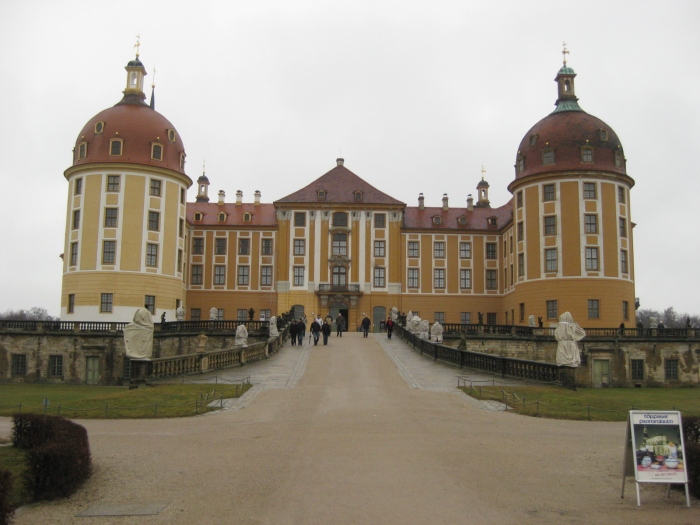 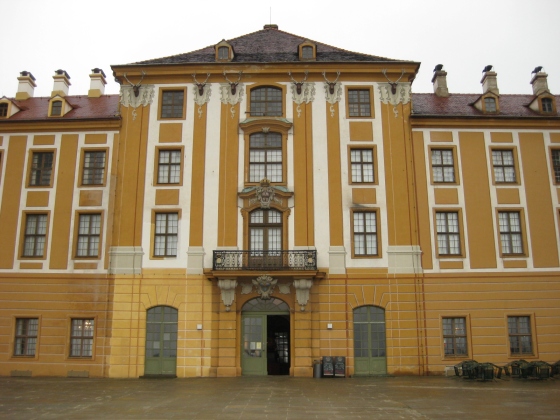 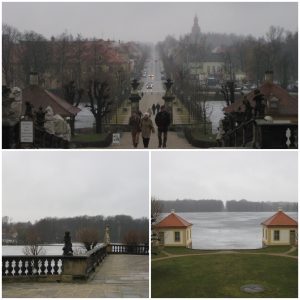 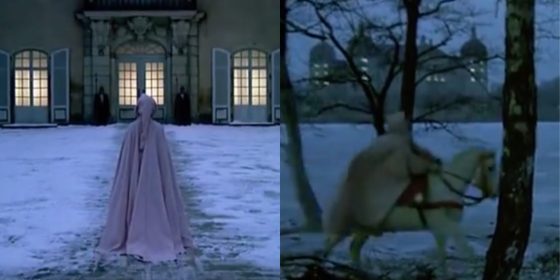 Screenshots from Three Hazelnuts for Cinderella

I did not get a chance to go upstairs and view the other rooms but what I did see was the Speisesaal (dining room) full of red deer antlers, which featured in the opera film, Der Freischütz / Hunter’s Bride (2010):

At the moment – until 26 February 2017 – there is a temporary exhibition (which appears to be an annual winter exhibition?) on the movie at the castle, featuring costumes, props, and more (example here). I wish I had known earlier!