The ‘Neuschwanstein of the North’, Schloss Schwerin had once been the ducal residence of the grand dukes and dukes of Mecklenburg-Schwerin (until 1918). Schwerin Palace is a neo-Renaissance palace (built between 1845-1857) on an island in the middle of Schwerin Lake. It was built between 1845-1857 on the site of a former Slavonic fortress from AD 973. Today, the palace also houses the State Parliament (Landtag) of Mecklenburg-Vorpommern. The museum of the palace has three floors of paintings, sculptures, porcelain and more.

Ever since I saw photos of this romantic palace, I knew I had to visit. Since I was already visiting Hamburg, I decided to do a day trip to Mecklenburg-Vorpommern. Unfortunately, when I visited in March 2009, it was either closed for refurbishment or a Monday. Nevertheless, a walk around the exterior of the palace was well worth it. I’m sure I will get the chance to see the interior someday. I certainly can’t wait to see the Chapel of the palace! 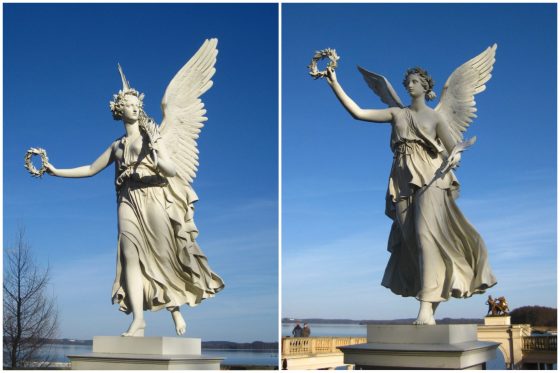 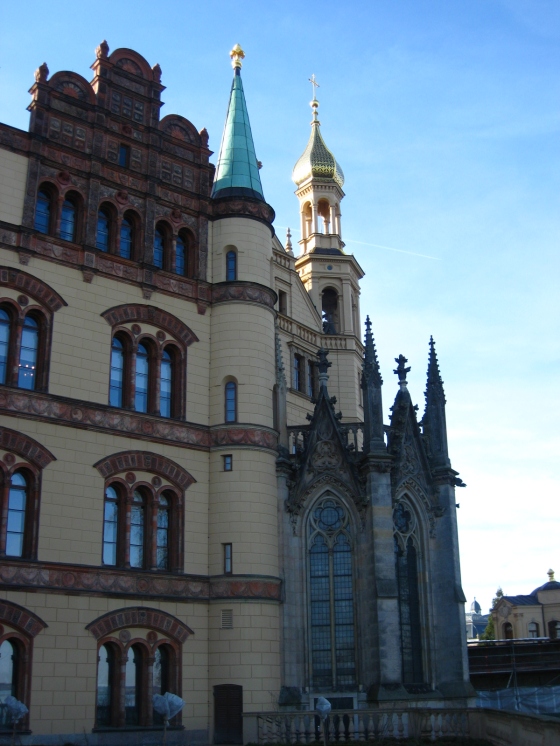