Back in May 2008, I visited Pevensey Castle in East Sussex with my class.

The moated castle after a rainy day

The historical site managed by English Heritage dates back to the 3rd Century and underwent three phases: a Roman ‘Saxon Shore’ fort, a medieval Norman castle, and a WWII garrison. What remains today are the foundations of the castle and the outer castle walls. 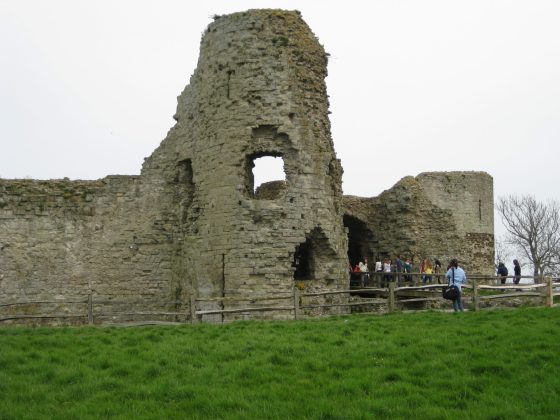 Pevensey began as a Roman fort, known then as Anderitum/Anderida. After the end of the Roman occupation, Britons inhabited the fort until they were mercilessly slaughtered by the Saxons in 471. In 1066, William the Conqueror’s army used it as a landing place en route to Hastings. The fort became a castle around the 11th Century and remained in use, although somewhat sporadically, up to the 16th Century. 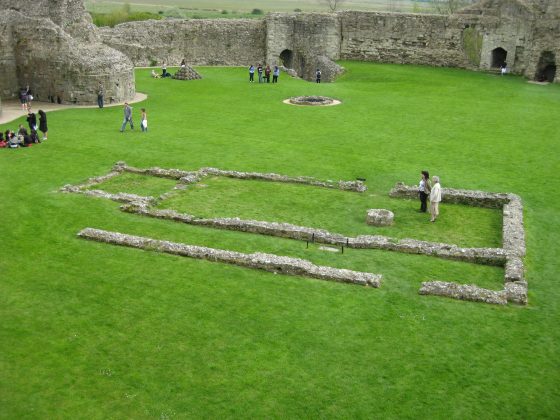 Foundations of the 13th Century chapel 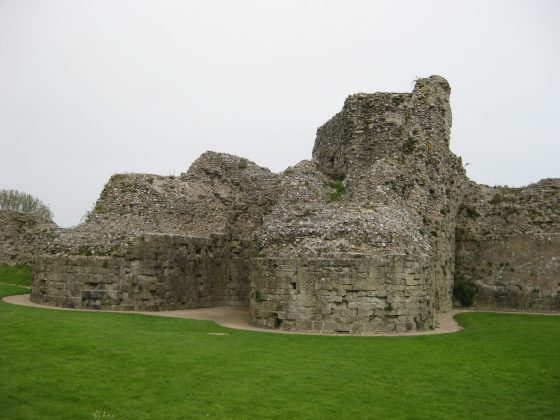 During WWII, the castle was used as a garrison for the Home Guard, the British and Canadian armies, and the US Army Air Corps.