Peterhof (also known as Petrodvorets: Peter’s Palace; Peterhof means Peter’s Court) at Petergof, St Petersburg, is known as Russia’s Versailles. Its namesake, Peter the Great, had designed a summer palace for himself. The original palace, Monplaisir, was completed in 1723. After his visit to the Palace of Versailles in 1717, Peterhof was great expanded and continued to be expanded by his descendants. (As ‘proof’ of his visit to Verailles, there is a statue of Peter holding a beautiful 7-year-old Louis XV of France in the garden, based on a painting of Peter’s spontaneous paternal gesture.) The palace complex, as well as the city of Petergof, is a UNESCO World Heritage Site.

Peterhof was also one of the film locations for Anna Karenina (1997). 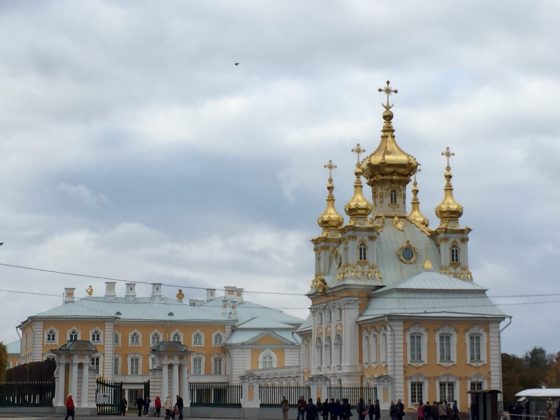 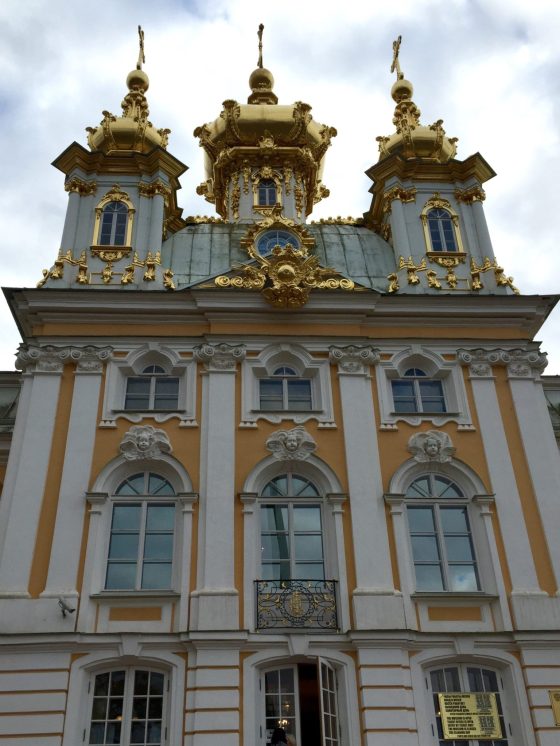 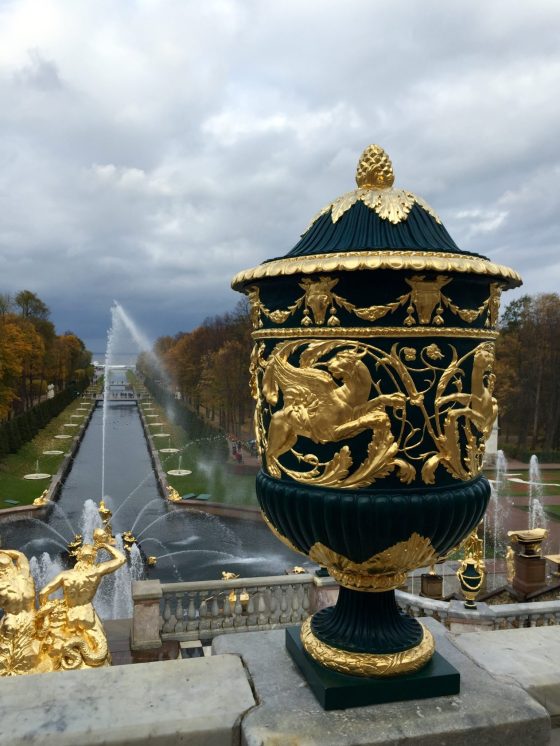 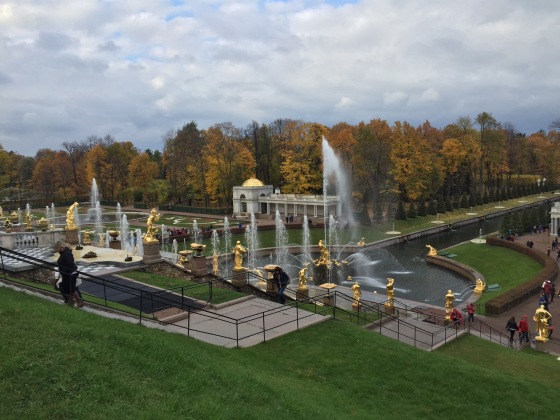 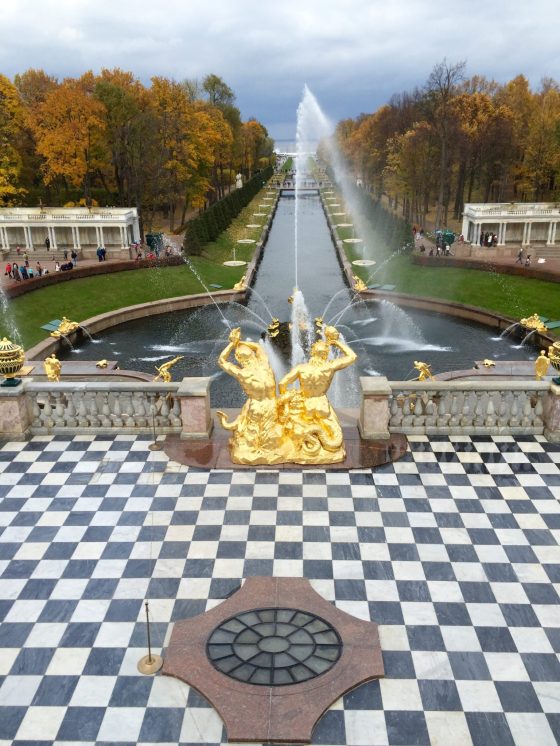 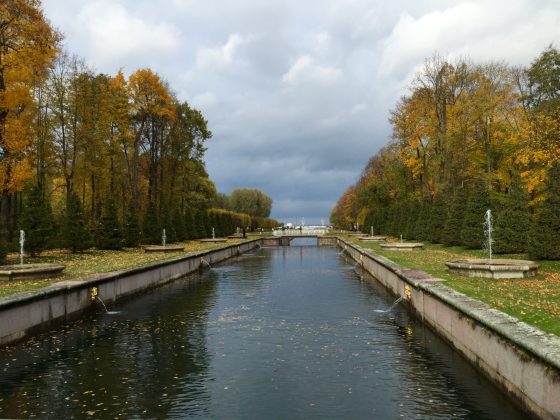 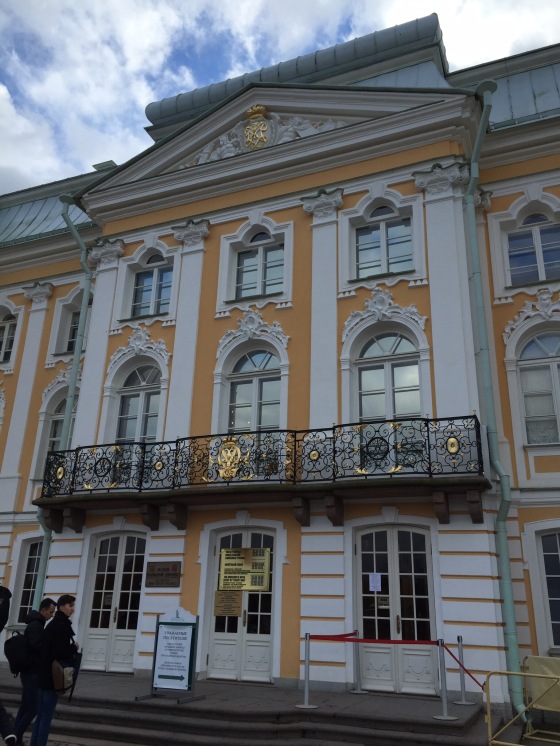 The Grand Palace was sadly severely damaged during WWII (see photo) that it had to be reconstructed. Unfortunately, there are no photos or videos allowed inside the Grand Palace but this YouTube video gives a quick tour inside:

To protect the gilded doors and walls, there are clear panels so that no one can touch them. All visitors to the palace must wear ‘scrubs’ slippers to protect the flooring. My Mum and I spent up to half an hour wandering inside the ‘small’ palace, coming out bedazzled and practically blinded by all the ornate decor in every room. I was enthralled by the grandeur of the ballroom (reconstructed in 1995) and, since there were only three in the room, I had to twirl in my brown slippers. Best experience ever!